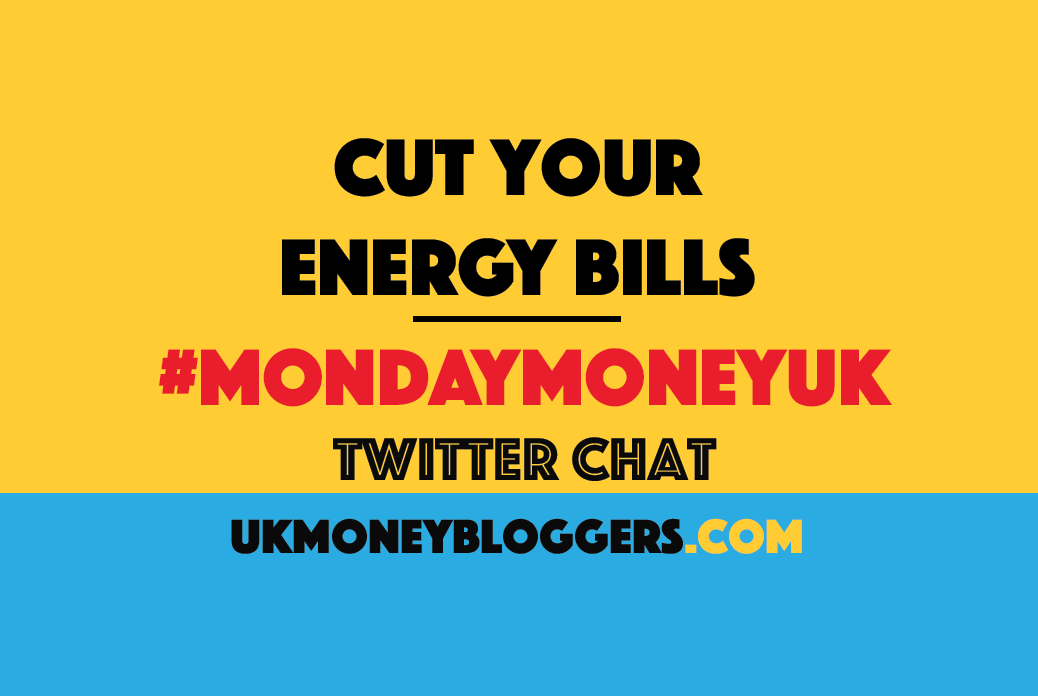 This week our #MondayMoneyUK Twitter chat was on ways to cut your energy bills.

Our host was David Taylor from Thinking Thrifty and he was joined by bloggers from the UK Money Bloggers community and our readers.

Here’s a round-up of the chat, plus you can listen again to David on our regular Share Radio slot. If you want to see the whole conversation, just search on Twitter for #MondayMoneyUK.

1) First up, have you switched your energy to a cheaper deal? How much roughly are you saving?

A1 Switched 2 weeks ago & shld save £50 on electricity, but last year we saved nearly £400 by switching. Worrth comparing! #MondayMoneyUK https://t.co/JU7yToBZCh

2) What do people need to think about when switching energy?

Making sure they check if you’re due a refund back from your current provider. Don’t let them keep your money! #MondayMoneyUK https://t.co/vACwQM3ENI

@SavvyDadUK @thinkin_thrifty and if they fail to take those readings and insist on using estimates RUUUUN!

3) What makes people so hesitant to switch supplier?

@thinkin_thrifty @UKMoneybloggers I think fear. Especially for some of the older generation. Not aware of how easy it is. #MondayMoneyUK

@MuchMore_Less I think over or under estimating usage is a huge factor. You either don;t get the saving you expect, or you pay even more!

@AndyCleverCash I found this a lot when I worked in the industry, along with loss of supply whilst it changes! #MondayMoneyUK

@thinkin_thrifty @UKMoneybloggers Consumers can be worried about small companies collapsing, but they are protected https://t.co/jci98mrswF

@thinkin_thrifty @UKMoneybloggers I think they assume it will be a massive hassle. You barely have to do a thing really! #MondayMoneyUK

4) Let’s talk comparison sites. Which ones are good, which are bad?

@thinkin_thrifty all as good/bad as each other. Check multiple sites then check direct+cashback. Work out the best deal.

@thinkin_thrifty The OFGEM site https://t.co/gWEMggNMQ4 is the only one unaffiliated I believe. They in turn list uswitch etc #mondaymoneyuk

5) Obviously, there are other ways to cut your bills, How do you use less energy at home?

A5 if you can afford the outlay, wood burners can save incredible amounts. Ours was about £350 #MondayMoneyUK

Here are my top tips for cutting down on your energy bills! #MondayMoneyUK @UKMoneybloggers https://t.co/wA80rLUiQL

@thinkin_thrifty shower rather than bath, low watt lightbulbs, teach the kids young to turn things off.