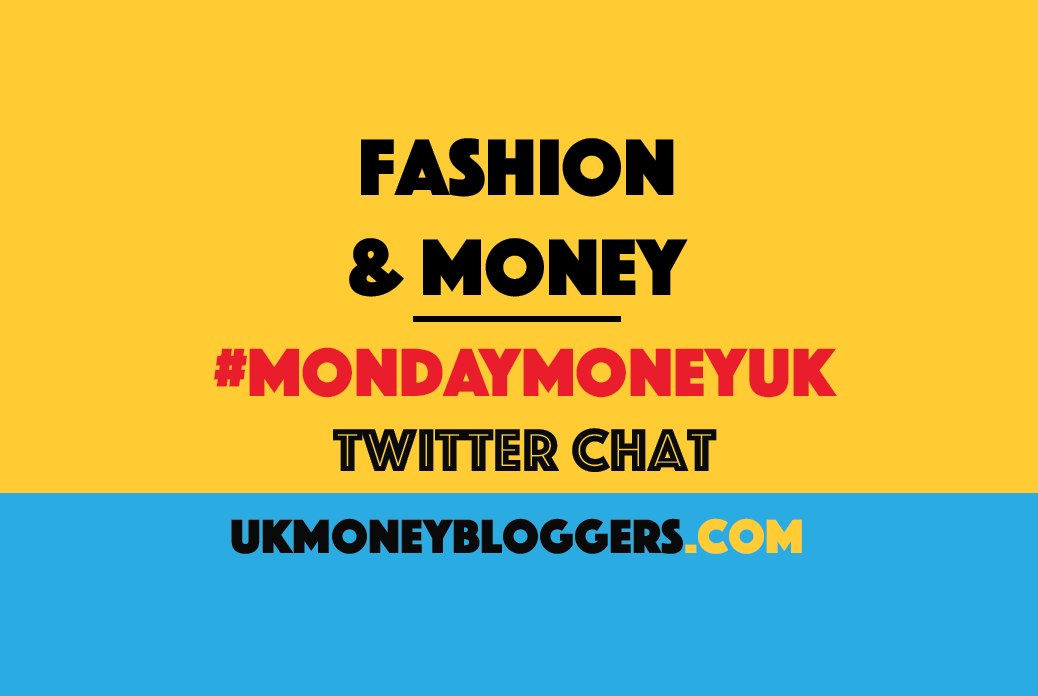 Looking good doesn’t always come cheap, so we picked fashion and your finances as the theme for this week’s #MOndayMoneyUK Twitter chat.

Our host was Hannah Brice from Feast Style Thrive. Here’s a pick of the best tweets, or you can listen to Hannah discuss the chat on Share Radio.

Right, let’s do this. Q1 How much do you think you spend on clothing per month? And how do you feel about that amount? #MondayMoneyUK

I don’t really have a budget, I just buy some clothes when I want them. I’m quite happy with what I spend. If skint, I just don’t buy any https://t.co/BqXRS67ukW

Q1 As little as possible! Try to make the most of clothes I have & just replace worn out stuff, or buy for specific occasions #MondayMoneyUK

A1 we don’t buy clothes every month , usually once or twice a year. Averages £20 a month for all 3 of us I guess. #MondayMoneyUK

@HannahLisaBrice £50-£100 a month but that’s changed now we have a savings goal in mind. I felt wasteful spending that much #MondayMoneyUK

A1. Depends on what I’ve got on. Sometimes nothing, sometimes hundreds (if it’s for weddings/holiday). Haven’t bought a thing this year tho. https://t.co/whJk8MZOBL

Now for the advice!! Q2 What is the best way of saving money online on clothes purchases? #mondaymoneyuk

2) Get cashback, buy in the sale and use a voucher on top of it. #mondaymoneyuk https://t.co/KQpEvsUQjm

@HannahLisaBrice #mondaymoneyuk look around online for cheaper shops selling them

So many great tips being shared so far! Here’s Q3… How do you save money on fashion in brick and mortar stores? #mondaymoneyuk

A3 know what I’m looking for. Browsing creates desire for too many things and a big shock at the till #MondayMoneyUK https://t.co/xBFYnjHY9R

Buy quality items rather than quick cheap fashion. It’ll last longer so save you in the long run #MondayMoneyUK https://t.co/v6f9qWoAXU

@HannahLisaBrice rarely buy anything branded, but esp not for ‘basics’, like vest tops, which aren’t different btwn shops #MondayMoneyUK

A3 Check out charity shops. I’ve found great brands for next to nothing. Worth a look in supermarkets too, & wait for sales #mondaymoneyuk https://t.co/AMaTbPqo3X

So true. Never underestimate the supermarkets. There’s always a great fashion find to be had. #MondayMoneyUK https://t.co/sMA0RpcJKN

Q4 Instead of throwing away old clothes, up cycling or mend & make do is popular. Have you ever done it? What did you create? #mondaymoneyuk

A4 I haven’t been wildly creative, but do sew on buttons, mend rips, get boots reheeled & try to extend the life of clothes. #mondaymoneyuk https://t.co/7luzSUXV8M

A4 I did this for years, made my own clothes & ended up with a kids’ clothes, handbags & soft furnishings business 😁 #MondayMoneyUK

@HannahLisaBrice i adjusted a dress from 1995 for a recent 40th birthday..im smaller now 😘 its was my school prom dress #mondaymoneyuk

A4 I’ve made skirt from a dress, many children’s clothes with men’s shirts & duvets, shorts from trousers, cardigan from coat #MondayMoneyUK https://t.co/Ch3dpLyCPF

And finally.. Q5 What other tips would you give to a fashion addict who needs to keep their spending at bay? #mondaymoneyuk

Q5 Best advice came from my mum, who is a fashion addict! “Don’t buy it unless you love it” – problem is she loves everything #MondayMoneyUK

A5 Set a budget, plan purchases and stay out of shops & off websites at other times. Or get addicted to vintage & pay less. #mondaymoneyuk https://t.co/zNSn96KEdg

A5 #MondayMoneyUK much like food really, shop wardrobe first, make a list of what you want to wear for the next month. And only then shop

Never take the tags off until you wear it, will sell for more on eBay if it ends up siting in your wardrobe for years! #MoneyMondayUK https://t.co/lIm0rKDZPt

@HannahLisaBrice Keep the receipt, check returns info and take back if not worn in three weeks #MondayMoneyUK

Wait 72 hours before buying anything. Will quell those impulse buys & help you figure out if you really want/need it #MondayMoneyUK https://t.co/OjPeYa5CAt

A5 don’t be persuaded to buy stuff you know won’t suit you, or in wrong colour, just because it’s in fashion #MondayMoneyUK