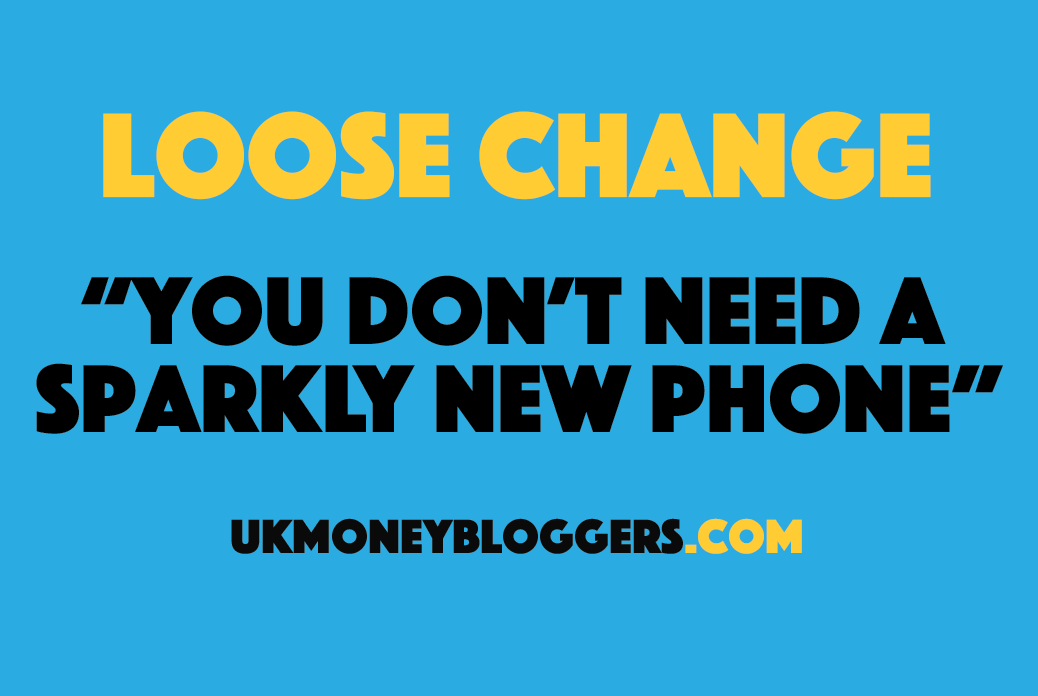 This Loose Change article is written by Will Pointing; blogger and owner of GreatDealsMadeEasy, which offers everything from money saving tips to the latest deals available online for insurance; holidays; broadband and mobile/SIM-only deals.

My journey starts with a 24-month contract with network provider EE. It was a contract offering an iPhone XS for a reasonable £38 a month. Honestly, I like my phone, but at month 23 I was receiving calls from EE’s customer service team; their aim was to sell me what was at that point the latest and greatest in phone technology, the problem was it was attached to a high-cost contract… At this point, I decided that I was happy with my mobile phone as it was.

So I decided to do some research into SIM-only deals and started realising the reality of the situation. The best deals on mobile phones are to be had from SIM-only deals. For me, it came in the form of £12pm from network provider GiffGaff. In one year alone I will make a saving of £312. To put that into context, over two years the savings made will pay for a weeks holiday for me to go to Lanzarote – that’s more than a bit of loose change!

Smartphone providers want you to upgrade

As mentioned above, smartphone providers and phone companies want you to believe that you need to upgrade as soon as a new model comes out. For me this seems like an annual occurrence, but the truth is YOU DON’T NEED TO UPGRADE.

It made sense in the mid-2000s when phone technology was progressing at a phenomenal rate. Thus, if you didn’t upgrade there was a chance of losing functionality both from software and hardware changes. These “old” phones did age a lot quicker than today’s smartphones, but now you can go three or four year’s plus without upgrading to a new device.

These days fewer people use their phone as a sign of social superiority, as most newish smartphones look exactly the same. However, the phone companies still want you to buy the latest phone to maintain their profits and command their market dominance, essentially persuading you to think “Buy this new phone and you are now super cool and popular amongst your friends”.

The truth is the majority of newish smartphones have decent cameras and the necessary power to run all the apps, you don’t need to upgrade right now. The slowing of smartphone innovation and the ever-increasing prices of mobile devices means upgrading your phone isn’t as exciting as it once was and you can actually save a lot by going SIM only.

Every new year comes a set of sparkling new smartphones.

With big manufacturers like Apple and Samsung (Huawei also is a new contender) constantly releasing new models of their flagship phones, the latest and greatest doesn’t seem to stay the latest for very long.

Innovation in mobile devices is more focused on making things better (faster processing, higher quality cameras etc) rather than reinventing the wheel (Like the iPhone did in 2007 with its’ first-generation phone with the iOS System). You may be wondering if getting the latest phone is much of an upgrade.

Is a slight upgrade worth the cost? Providers do launch new smartphones with improved camera functionality, fingerprint readers, iris scanners and even waterproof capability to entice you to buy the latest one. Truthfully none of these are real reasons to upgrade a phone, at least not unless you are an Instagram influencer or a celebrity YouTuber.

Paid your current phone off?

Does your phone run well? Happy with the camera quality? Does your phone still do everything you want it to do and more? If so, then maybe its time you chose a SIM-only plan, that will save you money and offer more data, minutes, texts and or other useable benefits.

Worried about software/hardware? There have been situations where phone manufacturers have actively slowed down older model phones on purpose (cough cough Apple cough cough), which drives the need to upgrade… for those that suffer from this, consider buying an Android phone. Most Android phones don’t really slow down with software updates.

Worried about battery life? There are always people (manufacturers and independents alike) who can change them for a reasonable cost.

Everyone needs to wait until the time is right to upgrade – until then, save your money and rebel against the shiny new mobile phone adverts.


Articles in the Loose Change series are written by members of our community. The views do not necessarily represent those of UK Money Bloggers or other members.