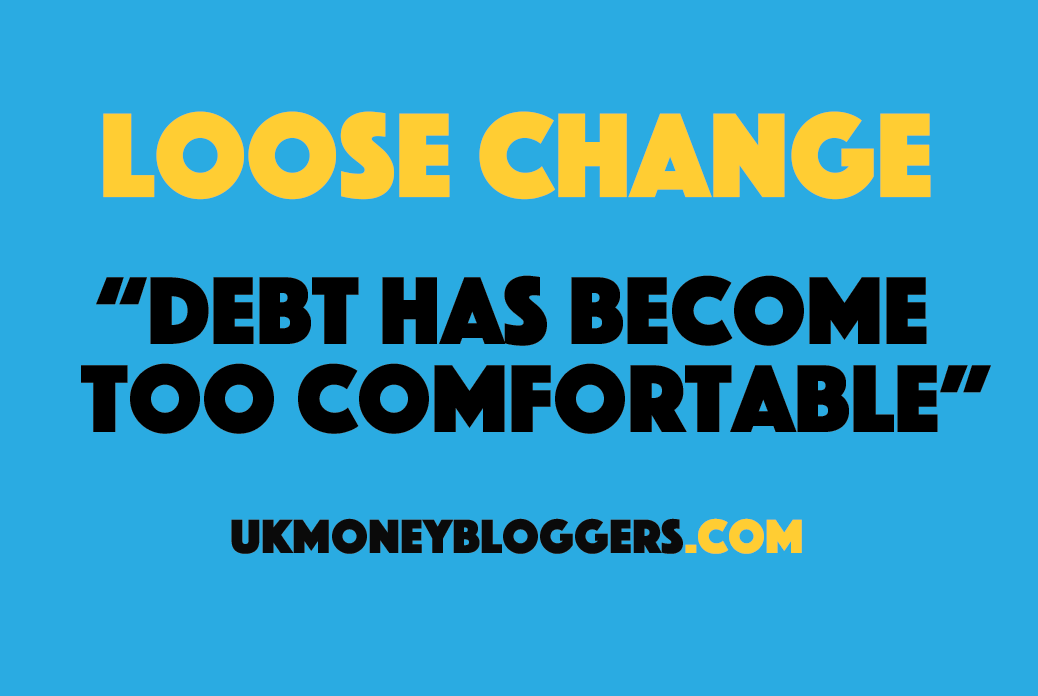 This week Jennifer who blogs at Monethalia.com shares why we shouldn’t borrow money just because we can.

In many finance-related online groups and forums, you regularly encounter people with one or two maxed-out credit cards asking about taking out additional loans or a mortgage as if it was the most normal thing on Earth.

Many only start worrying about how to pay back their debt when they can no longer afford to make minimum payments. How did we end up in a society where having debt appears to be as normal as drinking coffee?

Everything can be bought on finance

One reason may be that purchasing products on finance is now easier than ever before with many retailers offering this option. However, often neglected is the fact that the annual percentage rate (APR) can be huge.

For example, with Next, customers pay 23.9% interest per year. Most people have enough clothes in their wardrobe to survive. If not, second-hand clothes are available cheaply and serve their purpose well enough. Realistically, nobody needs to buy clothes on finance.

And Next is just one example of many. With Curry’s finance, customers pay 24.9% interest per year and 21.9% with Amazon. These offers are often advertised on the checkout page when buying products online, and can be activated on a mouse click.

The need to keep up with technology

Technology is fast advancing with new and better phones, cars, and you name it, coming out yearly. The media does a good job telling us that each product is vastly better than its predecessor, even though in reality, differences are minor.

For example, if we compare the iPhone 11 to the iPhone X, the differences are always highlighted, whereas the many things the two phone models have in common, are neglected. Both can do the same job, enabling the user to make calls, send text messages and use Apps. Plus, compared to my old iPhone 6, they are both better.

There is also the role of technology as a status symbol. In addition to a posh house and fancy holidays, people like to express their success by purchasing cars, phones and watches they do not need. Both the desire created by the media to buy new technology and the urge to outcompete “rivals” with new technology drive people into debt. This again creates a vulnerability for bad credit card and finance deals.

Added to this comes the fact that three-quarters of British adults lack financial education. Granted, the vast majority of people know their monthly income, but many have no idea about their expenses. Hence, these people are in danger of signing-up for credit cards and fancy finance deals that they cannot realistically pay back. Especially, if they do not understand APR and the cumulative effect of it.

Why does nobody act?

In reality, nobody should purchase clothes on finance or get a credit card to buy the latest phone. People have become too comfortable with debt and take out loans without batting an eye.

There are helpful organisations such as StepChange but these only act when it is already too late. The lack of financial education and debt prevention is unsurprising given that many profit from people going into debt, but nobody benefits from people avoiding debt.

Money bloggers are one of the few groups that work to educate people about the danger of debt but their voices are small. There is an urgent need for a publicly funded education programme and tougher regulation for credit card and loans.