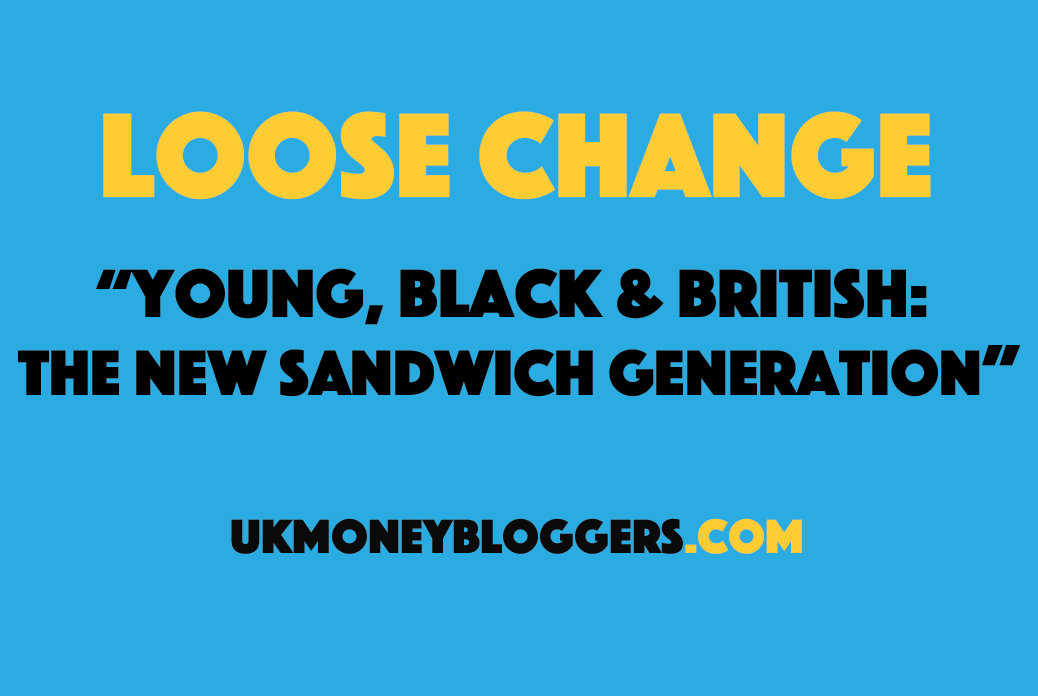 This week Thando Jacobs at Skilled Finances explains why many young first and second-generation black Brits feel a duty to financially support their parents that’s at odds with their own ambitions.

It was a cold evening in December when I arrived in the UK with my dad and my brother. My mum had lived here for 2 years prior working towards making our arrival a reality, and the day had finally come.

Like many others, our family was looking to build a better life for us and future generations by emigrating to other countries. Since Zimbabwe (previously Rhodesia) was a British colonised land it’s of no surprise that the UK is a popular choice for Zimbabweans.

I acutely remember the cold!

December is a hot season in Zimbabwe and the 14 degrees Celsius average Zimbabwean winter was a cool breeze compared to what was waiting for us upon arrival.

The common theme with many immigrants is that they had such amazing jobs and qualifications they think the transition won’t be too difficult. Then they come here and the system almost grinds them down to nothing.

The black baby boomer who has a cleaning job at the train station was actually a decorated lawyer or qualified engineer in their country. Which was the case for my father who has a British degree in Electrical Engineering and even had his own firm in Zimbabwe.

Of course, in some cases visa restrictions played a part in that. Despite there being opportunities for companies to sponsor your visa the odds were not in the favour of most black diasporas, as my dad would say. All his experience in Zimbabwe was overlooked.

The journey from that cold night in December to becoming a British citizen took us almost 14 years. 14 years of visa extensions, application rejections, and the lawyers stepping in on our behalf to vouch for our identity and rights to stay, with each step costing a pretty penny.

It’s fair to say my parents’ unwritten budget consisted of living expenses, repaying debts, paying for every school cost, and sending money to family back in Zimbabwe. No room to even think about investing or planning their financial future.

The world today is not what it was 10 years ago and the truth is as the younger generation, we have more opportunities than most of our parents ever did.

We are stepping into places they would have never been invited to and being hired by companies they only dreamed of working in. When I got a job with Barclays you should’ve seen the celebrations that happened.

Everywhere we went and everyone we spoke to, “My son works for a bank!”

Despite my embarrassment and awkwardness at times, it’s a reminder to me and a trophy to my parents that their sacrifices were not in vain.

We have a different mindset to our parents. Our identity and sense of belonging have been shaped by our background and our upbringing in the UK.

We desire to own our homes, build a successful career/business, and to make more money.

But alongside this desire sits a deeply rooted desire to repay our families for their sacrifices. There is no monetary figure you can place on that so this repayment is not a set amount, even though money is involved.

Earlier on I pointed out that back then they didn’t have the capacity to plan for their financial future, well that future is today. Now they are older, maybe not working as much as they used to, or even have health issues that have impacted their ability to work.

There’s a lot of noise to become financially independent and to invest so that one’s future is financially covered. But in the silence, there is the guilt of being selfish and neglecting our family on that journey. At least that’s the case for some of us.

The repayment can be helping out our family with bills alongside our own, or paying for them to have experiences they didn’t get to have (going on holiday). I know of some who have taken on some of their parents’ debts or taken on the financial responsibility of a sibling.

A majority of our parents’ generation do not have life insurance and should something happen we are fully aware of the implications that will bring on us. Which is why some opt to pay for their parents’ life insurance policies.

Sadly, most of them are not homeowners either. It’s more common to discuss the letters from debtors on amounts unpaid and overdue than talks of inheritance and wealth being passed on to us.

For some of us, the bank of mom and dad is for withdrawals AND deposits.

The obligation of community

To quickly point out some of the underlying factors, a big part of african culture and heritage is community. Every older person is my uncle/aunt by default, and they would call me son.

This results in a self-sacrificing attitude to put others first alongside obligations that exist for everyone to take care of each other. This also means financial obligations.

For instance, part of not having life insurance is from the mentality that when someone passes away the community will put their money together to cover such costs and leave money behind for the family.

Sadly this mentality does not fully spill over to our ambitions – home ownership, starting a business, or building wealth, but that’s for another time.

Ultimately, there is a sense of pride in repaying our previous generation for what they went through for us to be where we are.

After all, we are eating the fruits that they’ve sown for us.

But at what cost to our own financial future?

And so, we are sandwiched between these 2 schools of thought: building future wealth whilst repaying the shoulders we’re standing on.

But we are adamant enough to aspire to do both.

Because both matter to us.