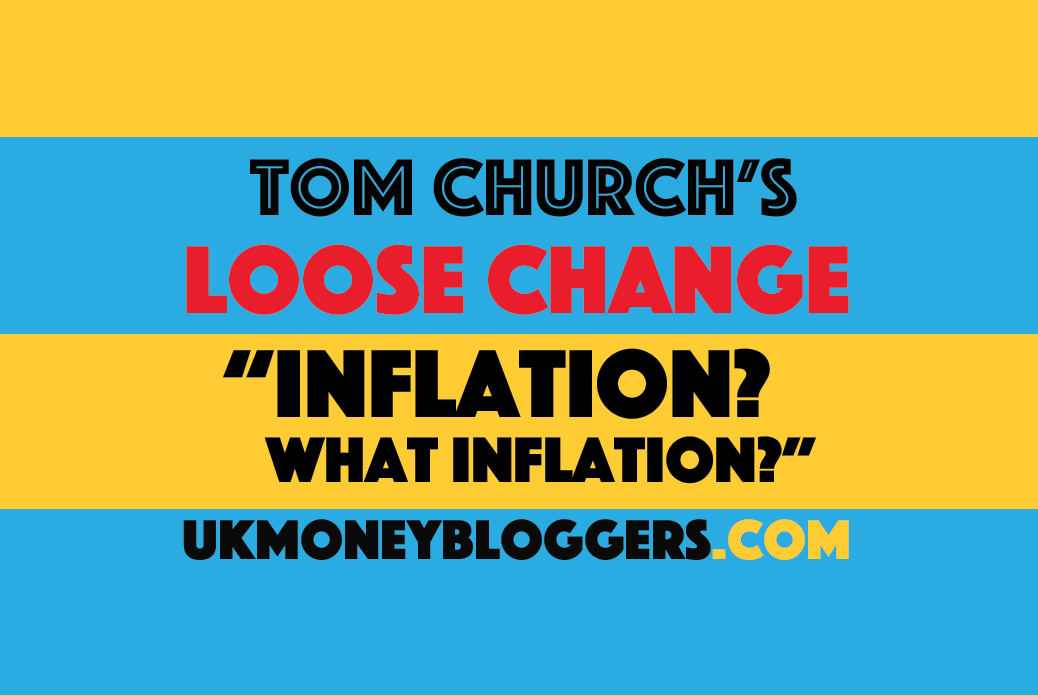 Each week a different blogger takes over to post about a passion. This week Tom Church, co-founder of new money saving community LatestDeals.co.uk, gives his two pennies on rising prices and inflation.

Inflation is rising. You will have read it, seen it and heard it. Everyone, everywhere, is screaming from the rooftops: “Inflation is up!”, “I told you so!” and “This is the end!”.

When the media chases after a graph it always makes me chuckle and after I’ve given you my two pennies of Loose Change you will chuckle too.

What’s happened, why is everyone in uproar, and why is it nonsense?

The BBC, The Guardian, Sky News, The Telegraph, Financial Times and more have all declared a financial apocalypse because inflation (at the time of writing) has increased to 1%. Yes, 1%.

This inflation rate is from an historic low of 0.2% throughout most of 2015. Over the last 12 months people have gotten so used to a zero per cent interest rate that a slight price increase has given everyone a heart attack.

Take a step back and you’ll see something very different:

At 1%, inflation is still at its lowest rate for 10 years. In fact, as Trading Economics points out, it’s lower than it has been since before 1988. So next time you read that inflation is rising at its fastest ever rate, or that it’s higher than ever in the last two years, remember, they’re not looking at the wider picture.

Inflation can be a good thing

Inflation can be a good thing if only to avoid deflation and to stop The Paradox of Thrift.

At an economic level you don’t want deflation because it means the cost of your assets increase. Imagine you have a loan on a thing, and the value of that thing drops. The loan remains the same. Therefore the cost of that debt as a ratio to the value of the thing increases.

The Paradox of Thrift, as described by John Maynard Keynes, theorises that if everyone is looking for prices to drop, then spending is delayed. For example, in the run up to Black Friday we hold off our expenditure waiting for big reductions. If this happened constantly it would be damaging to businesses for it reduces total spending.

Inflation is different for everyone

Your inflation rate is not the same as the Government figure. Inflation is personal.

To get a single figure, the Government tries to create a picture of the average Brit. It measures the prices of many things including video game consoles, online subscriptions, e-cigarettes, protein powder, sweet potato, headphones, craft beer and mobile phone accessories. Do you buy all those things? If not, then inflation is likely to be quite different for you.

If you cycle to work, use a few thrifty tips as shared by UK Money Bloggers and get a couple of deals, your inflation rate will be very different.

How to beat inflation

With all this Loose Change in mind, we can now turn to how to beat inflation at a personal level. I touched on it above.

Inflation eats into the real growth of our investments. In my book, Money’s Big Secret, I give the idea of an Inflation Reset. Keep your own personal inflation rate at zero per cent by going to a cheaper country for month of the year, or by going on a budget for a few weeks.

If you can keep your total spend the same each year, you’re doing just fine.

The media love to jump on a graph and hype up the repercussions. Perhaps in the long-term inflation may continue to rise to an uncomfortable point, but something tells me that as a reader of this blog, you’ll already be well prepared.

Tom Church is co-founder of LatestDeals.co.uk, the money saving community.