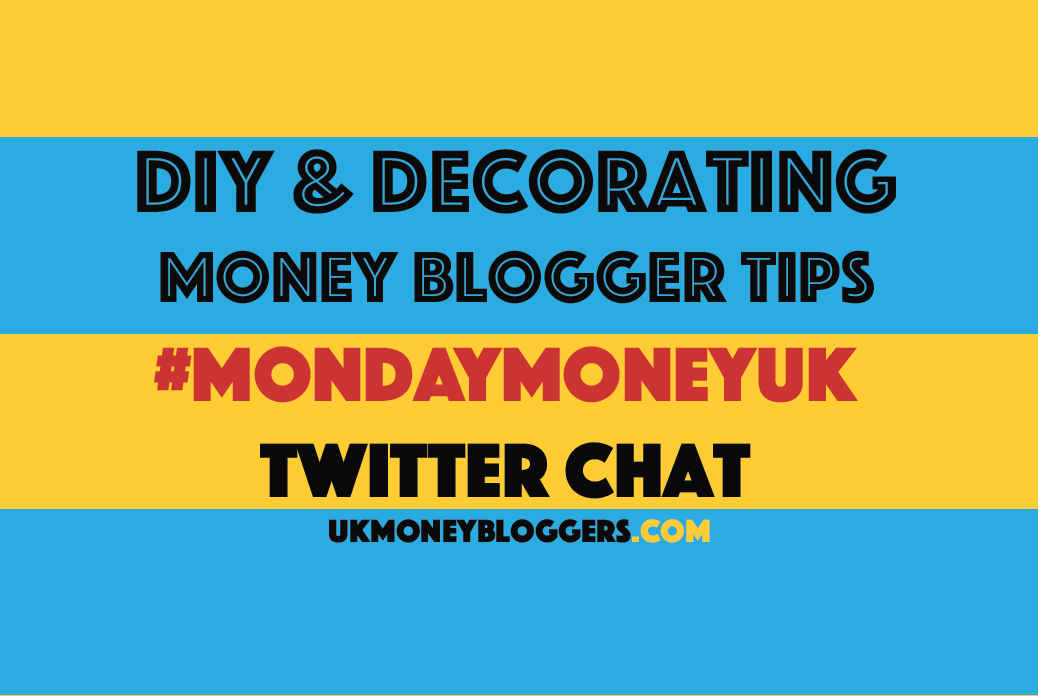 Blogger tips on getting the best value when decorating

As a group of money bloggers we like nothing more than chatting about the ways we save and make money, so we started the #MondayMoneyUK Twitter party. Hosted by a different blogger each time, we get together online to share our tips and experiences.

It was my turn recently and we took on the topic of decorating and DIY. We also had Dulux’s Amazing Spaces team on hand to offer design tips and provide a prize consultation for one of the twitter party participants.

Here’s a selection of the best tweets.

Q1 What are your decorating tricks that either don’t cost much or help your money go further? #MondayMoneyUK @UKMoneybloggers

A1 A fresh coat of paint can make a big difference, even on 1 wall & a roller makes it quick to apply #MondayMoneyUk https://t.co/qTXP6zU1O0

@Miss_Thrifty #MondayMoneyUK ah yes, I too had the wood cladded bathroom! Painted white it looks much better, if removing is too much work

Q2 How else can you save money on things like paints & furniture? Are there things you should pay more for? #MondayMoneyUK @UKMoneybloggers

@AndyCleverCash @UKMoneybloggers I save money by buying trade whenever possible, from paint to wooden flooring. #MondayMoneyUK

#mondaymoneyuk i have not used it but enviromate is where builders offload surplus stock including paint! @ukmoneybloggers

#mondaymoneyuk Can I do a shoutout for @GoneForGoodApp? Good way to donate your old furniture to charity, with collection included 🙂

Since we aren’t allowed to make changes, we focus on the soft furnishings & personal touches #mondaymoneyuk

Q4 Great decorating tips! DIY & home improvements now. What are the ways you should & shouldn’t save money? #MondayMoneyUK @UKMoneybloggers

A4 Sometimes it does pay to get an expert painter/plasterer/decorator in, rather than trying DIY, especially in older houses #MondayMoneyUK https://t.co/vcV2PpZJRw

A4 Always pay for an electrician or plumber if you don’t know what you’re doing! And stay well away from gas, period :O #MondayMoneyUK

Q5 You can’t do it all yourself. How do you find good tradesmen? How do you know if a quote is good value? #MondayMoneyUK @UKMoneybloggers

We find cheapest tradesmen in newspapers and yellow pages and they’re not booked up with google search generated work! #MondayMoneyUK

A5 We only ever go by recommendation. From friends, tradesmen at hubby’s work. #mondaymoneyuk https://t.co/bjg9cMsezm

A5 Personal recommendations, every time. Ask long term resident for suggestions. And for big projects, get at least 3 quotes. #MondayMoneyUK https://t.co/K9ZW8Vwp2v

@AndyCleverCash @UKMoneybloggers Get 5 quotes. Then choose one of the middle 3 prices. Beware of very low or very high quotes #MondayMoneyUK