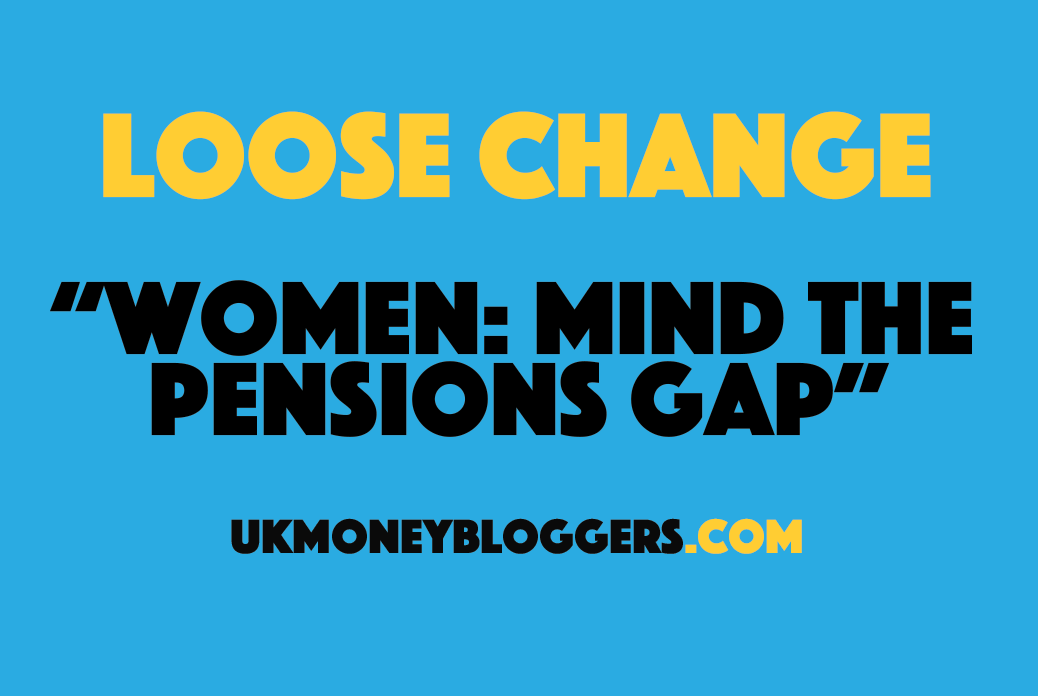 This week Holly from Get Woke Not Broke shares why she wishes we’d pay more attention to women’s pensions.

Women have more important gaps to worry about than the one between their thighs.

With International Women’s Day fast-approaching; there is plenty of talk surrounding the issue of the gender pay gap, which was reported as c.19% globally in 2018.

And, despite growing efforts to close this gap, the World Economic Forum has reported that, under the current rate of change, they expect it to take over 250 years to achieve gender parity, an increase on their previous prediction. What a sobering thought.

What’s even more sobering though, is that this is just one of a number of factors contributing to a problem that lots of people aren’t even aware of: the gender pension gap.

The gender pension gap, which in the UK is estimated to be over double that of the gender pay gap (c.40% in 2017), is a predicament whereby women are retiring with around one third the pension pot of a man.

And, whilst working to eliminate the gender pay gap would help to reduce this stark disparity in pension wealth, the truth is, this is only part of the problem (c.28%); with the main driver being the so-called ‘motherhood penalty’.

Research from the PPI suggests that the largest hit a woman will take to her finances is during her 30’s, an age where almost a quarter of women are set to take time out of work to raise their children.

Despite many countries working to eliminate the motherhood penalty, by promoting initiatives that aim to distribute the burden of childcare equally across both men and women, such as shared parental leave; deeply ingrained societal norms mean that only c.2% of the eligible UK population are taking their employers up on this offer.

So, whilst I believe the uptake of shared parental leave will increase as younger, more liberal generations begin having children (and with the rising availability of flexible and remote working aiding this), it’s evidently not something that’s going to change overnight.

So, in the absence of government policy reforms, such as the removal of the lower earnings limit in calculating minimum contributions, there are several things we could, and should, be doing to help ourselves:

Whilst I’m not yet a mother (and possibly might not ever be if these rowdy toddlers sat next to me in the coffee shop are anything to go by), I can imagine that having grown a small human inside of me for the best part of a year, it’s not inconceivable that I won’t want to let them out of my sight for a while.

Therefore it’s likely that I will be taking a career break (or going part-time) to care for my child, whether this be shared with my partner or not.

With this in mind, it is crucial that alternative provisions are made for the lack of pension contributions made during this period, most likely through paying into a spouse’s pension (whether that be for the male or female, whoever chooses to continue working).

Whilst it’s fine to hope that you can rely on your partner’s pension during retirement, it’s a sensible idea to plan for the worst. There’s no downside in these kinds of provisions if you do end up staying together, but there clearly is an upside if the relationship doesn’t last.

With an ever-increasing state pension age, rumours of a flat-rate pension tax relief and one in three millennials set to still be renting by the time they retire; the need for a sizeable pension is greater than ever.

So, whilst my views on the need for a partner to pay into their spouses’ pension while they take time out of work to raise their children is probably not something I’d be advertising on my Hinge profile (in an effort not to scare off any potential suitors), it’s certainly something that I will be discussing (and agreeing) in advance of settling down with any long-term partner. And it’s a conversation, that I believe, needs to be far less taboo.